Automated or semi-automated algorithms intended for chest CT analyses typically require the creation of a 3D map of the thoracic volume as their initial step. Identifying this anatomic region precedes fundamental tasks such as lung structure segmentation, lesion detection, and radiomics feature extraction in analysis pipelines. However, automatic approaches to segment the thoracic volume maps struggle to perform consistently in subjects with diseased lungs – yet this is exactly the circumstance for which pipeline analyses would be most useful.

Note: These segmentations use the RPI orientation, but the original DICOM files are oriented using the RAI convention.  As a result, some tools such as ITK-SNAP will not render the segmentations in the correct orientation when visualized.  The authors of these data suggest using software like Mango (http://ric.uthscsa.edu/mango/) or to convert to DICOM files to NIfTI with software like dcm2niix (https://github.com/rordenlab/dcm2niix) to address this issue. 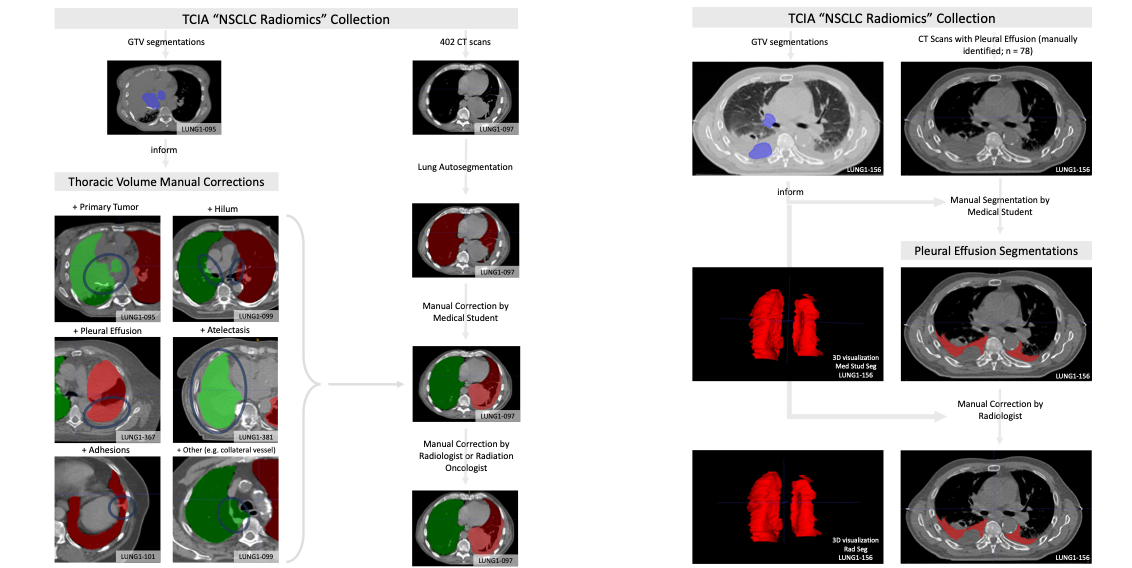 Collections Used in this Third Party AnalysesBelow is a list of the Collections used in these analyses:

Users of this data must abide by the TCIA Data Usage Policy and the Creative Commons Attribution 3.0 Unported License under which it has been published. Attribution should include references to the following citations:

In addition to the dataset citation above, please be sure to cite the following if you utilize these data in your research: